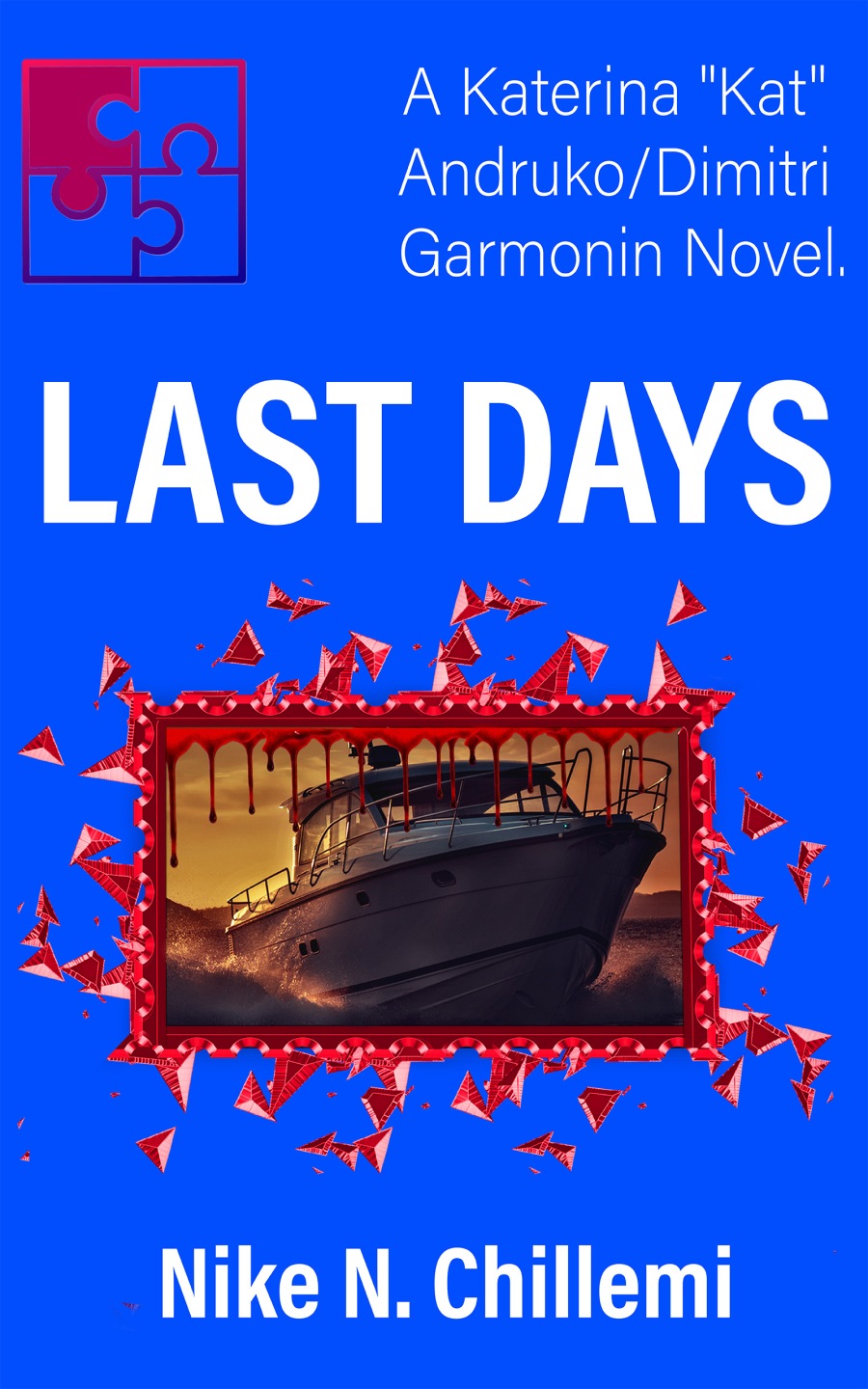 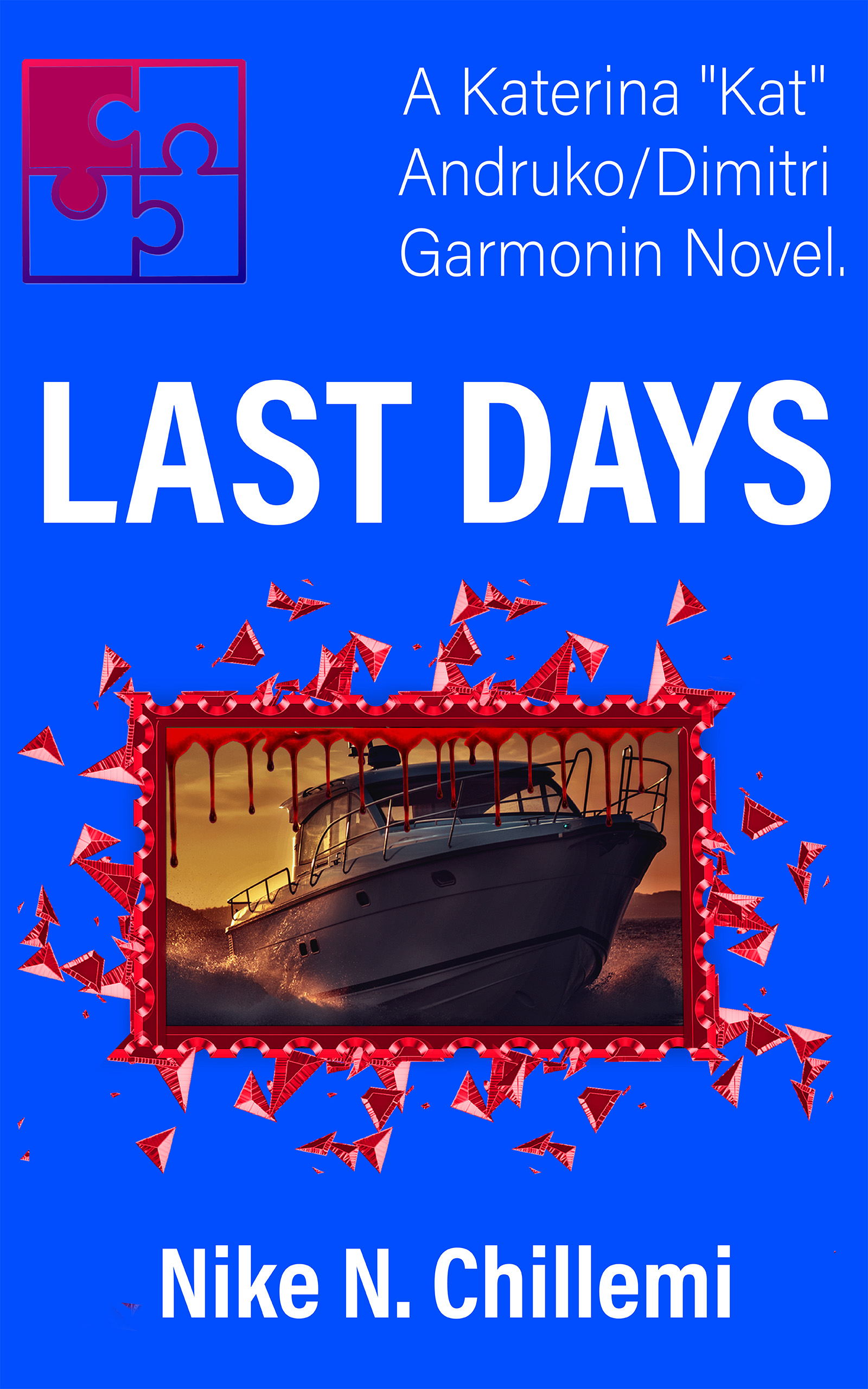 Advance readers said: ‘Who dun it’ came as a surprise!!!

Detective Katerina “Kat” Andruko’s life has not been a walk in the park. Both her parents were killed by a drunk driver when she was a junior in high school. An earlier, first engagement ended up in a nightmare scenario. Yet, it can still be said that in LAST DAYS, Kat faces the most difficult emotional and psychical challenges of her life.

LAST DAYS in a nutshell…

A spry elderly woman has died mysteriously in a Florida coastal town, and the head of a clandestine organization in Washington D.C is interested in the case. All evidence, or lack thereof, points to accidental death, but Detective Katerina “Kat” Andruko has nagging doubts. She also has doubts about a mysterious phone call profiler Dimitri Garmonin, PhD, her intended, took and hid from her.

As if that wasn’t enough, Kat’s former fiancé and fellow law enforcement officer gleefully taunts her, predicting the demise of her relationship with Dimitri. Her future mother-in-law thinks she’s less than demure and not suitable marriage material for her son.

Meanwhile, all leads on the elderly woman’s death go nowhere. Old enemies at the local TV station are calling the police incompetent. They air an unfavorable segment about Dimitri. Just as Kat and Dimitri reluctantly begin to believe the death was accidental, the woman’s neighbor goes missing.