Yet, this morning I woke up dreaming about my dad’s memorial service, eighteen years ago, when I couldn’t stop crying. I don’t usually do either of those things: dream in my sleep that I can recall, or often cry.

That morning, the tears seemed to come up from my toes. I dremt an exact recall of how my BFF childhood girlfriend Christine Sloat White comforted me on the way out of the sanctuary. Christine died way too early of ovarian cancer, and as was her own personal style, carried herself with extreme dignity, right tot he end thinking of others. 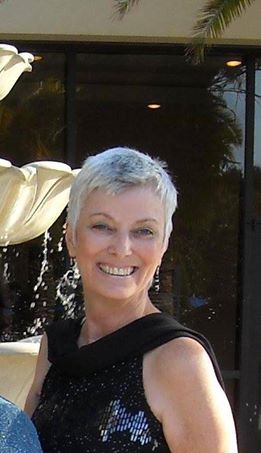 I only have one digital photo of my dad. So, I dragged out the two boxes of photos I have in my house in NYC, thinking I’d try to take a digital shot of an old snapshot. However, I couldn’t find any. Most of my photos (copious amounts of them) were shipped to Florida, as I’m in transition for a retirement move south. Likewise I only have one digital shot of Christine stored in my computer.

As I got out of bed this morning, I flashed to my father’s hospital bedside after the stroke that left him speechless in 1997. My dad had spent a lifetime angry at God over the very early death of his own father, which thrust his mother, sister, and himself into years of hardship. Using the GI Bill, he turned to education and philosophy for answers and obtained a college degree. Much later in life he added two masters degrees. He spoke three languages. None of this made him less angry with God. He spent the overwhelming portion of his adult life as a highly vocal agnostic. Honesty was his strong suit, and he freely admitted thinking about death made him very uneasy.

I visited my dad in the Catholic hospital in upstate New York, following his stroke. He couldn’t speak, but he had full use of his hands. A retired English high school teacher, speech teacher, debate coach, and high school senior play director, he had no trouble using words. He described on paper how he had been drawn to a particular statue of a baby, actually what appeared to be a Middle Eastern mother, father, and infant. He’d ask the nurses or aides to push his wheelchair into the waiting room where the wooden statue was displayed. He’d sit there gazing at it, he said, in a total peace he had never felt before. He wrote on his notepad, “Why do you think that is?”

I asked my dad, “Do you know who is depicted in that statue?” He didn’t know. So, I told him it was the Holy Family. The baby he was so drawn to, the one where gazing upon the infant carved in wood gave him such peace, was in fact, the baby Jesus. He was nonplussed. A shy smile crossed his face.

He also told me in writing how a particular nun who worked in the hospital would come to see him every day and something happened. She lit up the room. He couldn’t wait to see her. I later sought this nun out in her office to thank her for such kindness to my father. I was overwhelmed. I explained to her he’d been an agnostic most of his life and somehow he’d seen light in her. I told her how he had been drawn to the statue of the baby Jesus, and how I believed he’d had a profound experience of the Savior. For the first time in his life, he had experienced the peace of God, which passeth all understanding.

That little visit didn’t go well. She was shocked and horrified. I came to believe, she saw  a man who was going to hell if he didn’t get baptized, make his First Communion and get confirmed. Born again Christians might say she had a religious spirit. That’s a spirit of man-made religious stuff that’s not in the Bible. I’m not being antiCatholic. Christians have in the past, and some still do, make up all kinds of stuff that’s not in the Bible, such as you can’t dance or drink alcohol.

My Bible says Jesus turned water into wine for his first miracle at the wedding in Cana. I’ll bet there was plenty of dancing at that wedding. Jews always dance at weddings. I lived next to a religious Jewish family in Brooklyn for over 13 years. It would be quite usual on Friday evenings and on Saturday for friends to come over to celebrate the Sabbath. I’d often hear them laughing, singing, and feet-stompin’ dancing. And let’s not forget Jesus changed water into wine. That was after the guests at the wedding at Cana had consumed all the wine the host provided. The Bible says wine enough to fill six, large, stone purification water jars. These jars usually held 20 – 30 gallons. That’s a lot of wine. Some Christians insist the ‘wine’ they drank was really grape juice. I take my Bible literally. If it says wine, it means wine. It also says, the headwaiter told the bridegroom this last wine was the best. I’ve never been at any kind of social occasion where anyone has said, “This last grape juice was the best.” However, there have been endless hours spent talking about the merits of one particular wine vs. another.

But I digress. I believe, this precious nun was dismayed because she saw in my dad, a man going to hell. I was so grateful to her for being a representative of Jesus, walking into his room. I was grateful to the nurses and aides who pushed my dad’s wheelchair into the waiting room where he could spend time with the Holy Spirit who obviously did a work in him. I saw a man who had had an encounter with the living God who loved him, offered him peace, and extended an invitation to one day go to heaven.