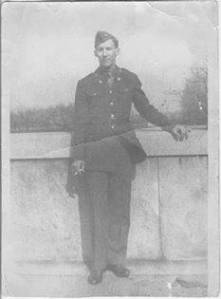 As it’s Veteran’s Day weekend, I’d like to honor my dad, Emil M. Navor, who was in the US Army’s Counter Intelligence Corps in the Pacific arena during World War II. Of course he often joked that Army intelligence, counter or otherwise, was an oxymoron. After the war, he attended college on the GI Bill and became a high school English teacher. When my brother and I were kids, he used to read bedtime stories to us, really great books…exciting ones. I attribute my love of reading and writing to him. He often spoke about how he loved the Philippines and its people.

I’d also like to honor my uncle Nicholas Novogrodsky who died after the attack on Pearl Harbor but in the waters not far from that base when his plane went down. He was my mother’s younger brother. I wasn’t exactly named for him. Nicola would’ve been the choice had that been the case, but my parents were on the eclectic side, you see. However, the letter “N” was chosen for my first name to honor and remember him. The village of Woodridge, NY, where he grew up and went to high school named a road “Novogrodsky Road” after him as a remembrance. My mother and grandmother never really got over his loss. You see, freedom has a heavy price. It’s not free.

8 thoughts on “Honoring My Dad, Emil Navor and my Uncle Nicky, on Veteran’s Day”