I love the Thanksgiving holiday for many reasons. Yes, it beckons to my favorite holiday… Christmas, but that’s not the biggest reason why I love Thanksgiving. As a card carrying foodie, I love making a menu for Thanksgiving dinner. I do that every single year, pull out the holiday cookbooks and decide what I’m going to make to go with the bird.

As I hit the supermarkets, invariably I start thinking about food donations for those less fortunate. Giving seems to go naturally with Thanksgiving. With the holiday’s roots in our religious and cultural past, Thanksgiving asks us to think beyond ourselves. It urges us to engage in acts of kindness.

Often my daughter’s school would collect food at Thanksgiving, but this year her high school didn’t. 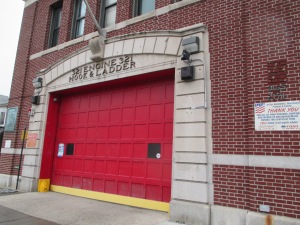 Off I went to the 321 Engine Hook & Ladder Company on the edge of Marine Park. 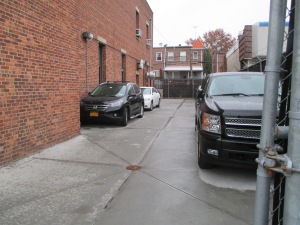 Of course, when approaching from the front, I couldn’t figure out how to get in. Then I realized I had to walk down the side alley. At the side door was where a firefighter happily took my bags of non-perishable food items.

Indeed I love the aroma of roasting turkey wafting around the house on Thanksgiving Day, the lingering smell of pumpkin pied just baked. There’s nothing like padding around the next day in PJs and an old pair of sweat socks while eating left over pie for breakfast, heating mashed sweet potatoes in the microwave for lunch and making turkey sandwiches. But the most gratifying thing is knowing how blessed my family is… and it is blessed indeed. There have been challenges, to say the least. But God had also richly blessed us. To my mind the best way to show gratitude is by giving.

For information about City Harvest, call (800) 77-HARVEST or email fooddrives@cityharvest.org.

The weather’s been up and down in Gotham. Nearly 60 degrees one day and then freezing the next. Several days ago we had a glorious day and I decided to take a drive to the Broad Channel for a look-see.

This might just be the most peculiar neighborhood in Queens, and not just because it sits smack in the middle of the Jamaica Bay Wildlife Refuge, surrounded by water on all sides. It’s connected to the rest of the borough by two bridges and one subway. The bridges offer magnificent views of the bay.  The entire community is about twenty blocks long from north-to-south and four blocks wide from east-to-west. Man-made canals have been dug which separate the dead-end residential streets. Residents tend to love their boats and many have them moored in the canals.

Broad Channel’s mostly middle-class residents tend to be stalwart and have made a definite commitment to live here. There is no natural gas line running into the community which forces home owners to use more costly propane to heat their houses and to cook in their kitchens. With water everywhere the eye can see, as might be supposed this is an area prone to flooding.

It goes without saying Broad Channel was hit hard by Super Storm Sandy. Most of the residents have pretty much recovered. Life seems to be bustling. Stores and restaurants are open and doing business. The outside of homes in most of the community are in good shape. I did see one man with the outside of his house in tact, carrying lumber into the interior. I saw renovated houses with debris in the back yards.

Some residents have not fared so well. Either they didn’t have the financial resources to rebuild so quickly, or the damage to their homes was too extensive. Still, all of the houses I saw needing repair had permits nailed to the outside and their owners were doing their level best to bring them back.

Not everyone seemed happy with the government’s efforts to help the community. Several homes had “STOP FEMA NOW” signs prominently displayed in their front windows.

Residents are outraged by the new federal law, the Biggert-Waters Act which astronomically raises flood insurance rates for the purpose of keeping FEMA afloat. However, FEMA was supposed to do a feasibility study that was never done and the fed seems to be cherry picking how they will implement the law.

This tempest in a teapot goes far beyond the Broad Channel with senators from Massachusetts, Oregon, and Louisiana vociferously questioning FEMA.

The larger question seems to me to be should a politician be held to promises made before an election? Many who are in the political game as a career believe politicians who tell the truth do not get elected or re-elected. When do the American people want to hear the truth: before or after an election? Before or after a crisis? Eventually the truth will come out. Your elected official isn’t gonna do what was promised. When that happens why not throw the bum out. And here’s a novel idea: don’t vote for the guy who promises pie in the sky. Vote for the realist. Look for a candidate with a record of success in government, business. Vote for a candidate whose word is good.

However the debate on Biggert-Waters turns out, the fact remains that one year after Sandy, residents of New York City who were most hit are still struggling. The federal government promised the sun, moon, and the sky prior to the presidential election, which they obviously have not delivered. The Red Cross pulled out long ago. Now it’s mostly neighbor helping neighbor. Local churches and the Salvation Army have been at the forefront.

Occupy Sandy. This was the name given to the recovery effort in its first days and it now has a website. http://occupysandy.net/

The Salvation Army New York City still has boots on the ground. http://www.use.salvationarmy.org/use/www_use_GNYD.nsf/vw-dynamic-index/7E58E6D68DAB0CA0852579AC00520BEA?openDocument 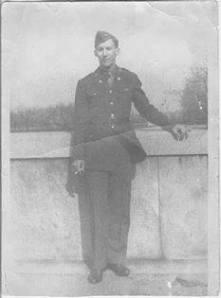 As it’s Veteran’s Day weekend, I’d like to honor my dad, Emil M. Navor, who was in the US Army’s Counter Intelligence Corps in the Pacific arena during World War II. Of course he often joked that Army intelligence, counter or otherwise, was an oxymoron.

Dad never spoke about any specifics of the war, or gave any details of his duties or assignments. But he did have a few hair raising tales. These are things he’d say when he was very relaxed…sometimes at the dinner table, or perhaps when he was settled comfortably in a lawn chair after a family barbeque or picnic. He said it wasn’t all that unusual for him to have been behind enemy lines and how scary that had been. More than once, he’d be laying, soaking wet, in a rice paddy while enemy transports rumbled by on a dirt road not more than twenty-five feet away. One time he and his Army buddies were walking on a road in the Philippines and an Japanese fighter jet came out of nowhere, diving at them, strafing the road. He and his buddies dove into the mud and muck in the field on the side of the road and none of them were hit.

He loved the Philippines and it’s people. He brought home a machete from that island nation and I now proudly display it on my bookshelf in front of some of my favorite mystery novels.

I’d also like to honor my uncle Nicholas Novogrodsky who died after the attack on Pearl Harbor but in the waters not far from that base when his plane went down. He was my mother’s younger brother. I wasn’t exactly named for him. Nicola would’ve been the choice had that been the case, but my parents were on the eclectic side, you see. However, the letter “N” was chosen for my first name to honor and remember him. The village of Woodridge, NY, where he grew up and went to high school named a road “Novogrodsky Road” after him as a remembrance. My mother and grandmother never really got over his loss. You see, freedom has a heavy price. It’s not free.

I have a love of the World War II era and the 1940s. That’s why I wrote a post WWII historical whodunit series set on the south shore of Long Island, NY. Book number one of that series, BURNING HEARTS, features a WWII hero who comes home only to find powerful people have framed him for arson/murder.