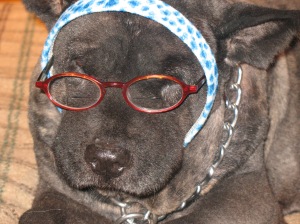 In the good olde days, or the bad olde days, depending on ones perspective, the very first thing an undercover operative might want to do is mask his or her appearance.

But in today’s high tech world, things have changed a lot…

All the good espionage toys and gadgets have been the creation of action-adventure, crime fiction thriller, and futuristic sci-fi novels. Well not any more.

Although while not a secret, it’s not generally known that a powerful new tool was tested during protests at the Republican National Convention (2012). Smart phones were used to video the crowd and to communicate one agent to the other. Prior to that an undercover operative might be discovered if seen with an earbud sticking out of his or her ear. The use of specially outfitted smartphones and tablets made operatives blend in with a high-techno crowd. As first reported in the National Journal, September 17, 2012, these special apps allowed operative on the ground at the convention to send real-time voice, video, and data. Law enforcement officials around the country are excited about the possibilities of using this new technology. It’s as if they have entered a realm that here-to-fore had be the providence of hyped-up crime fiction thrillers.

According to the developers of this technology, police departments who were monitoring the protests used a next-generation broadband network not only to send secure voice, video, and data communications, but also to send evidence-quality, permanent recording of all data collected at the protest. But not only that, the system brought together fixed-surveillance camera feeds, live video transmitted from the operatives smartphones…as well as global-positioning system information, and traditional radio traffic. Wow!

According to Darlene Storm (whose motto is surveillance is sexy) on the blog CompterWorld, this real-time video and data was fed into the 94 camera RNC surveillance system which is connected to a wireless network. All video of the protest will be stored for four years.

Now, since turn-around-is-fair-play, the American Civil Liberties Union (ACLU) has encouraged reverse-surveillance and has released a stealthy Android app called Police Tape whereby citizens can secretly record law enforcement personnel. It’s become an age where everyone can spy on everyone, anywhere, all the time. Ain’t it wonderful?

12 thoughts on “Techno Undercover Tactics ~ Are They Today’s Reality or the Realm of Fiction Writers?”