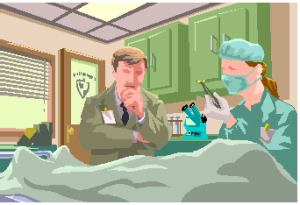 One of the best things about crime fiction is getting into the head and heart of an incredible hero/heroine. Does he have to be the nice and honorable guy next door who morphs into a superheo? No, he doesn’t! Not for me!

She could be that stalwart homicide detective, a beleaguered single mom with a defiant kid, and she’s fighting crime against all odds. He could be highly flawed. Perhaps a heavy drinker or former alcoholic fighting his own demons as he labors on to catch a heinous killer. I want the hero or heroine to arouse my emotions. I want to feel their distress, root for them when the odds against them seem astronomical, and fear for them when they encounter danger  as they run their course.

Antisocial is perfectly fine for a crime fiction hero/heroine — as long as the character gets their hooks in me. They “gotta have heart” to get me to recommend the book. No matter how jaded they’ve become (and I love jaded heroes), on some level they have to believe they’re there to protect and serve. They have to seek justice for innocent victims of crime. And when the victim is not so innocent, even if it’s their um-teenth homicide, they can’t be indifferent to murder’s pain and suffering…even if they want to be.

I also go for a heroine/hero who is aware of the inherent injustice within society where there are always haves and have nots. I can appreciate a detective who gives a basically good bloke who’s made a few mistakes a break. The ghettos are populated with mostly ordinary citizens who are trying to provide for their families and have a good life. My type of hero/heroine would be angered by predators who commit atrocious acts, even if they hail from the underclass. My type of heroine/hero would relentless pursue the killer no matter if she/he were from society’s A-list, the boardroom, or the hood.

Above all else, I have to believe the hero/heroine is a cop. If you’ve taken, or know someone who’s taken a criminal justice course in college, then you might be familiar with the proverbial lecture on “the police officer’s psychological profile.” Police officers take psych tests when they apply for their jobs. So, it could be argued that the police force choses a certain personality for the job. Be that as it may, there is a “cop personality.” Police departments tend to be looking for officers who are efficient, pragmatic, conservative, cynical, suspicious, and action oriented. Even sleepy little villages who have never experienced a homicide want this type of police officer. In today’s law enforcement environment the smallest of police forces are incredibly professional. The local yokel who makes it onto the force is, for the most part, a thing of the past. Barney Fife is no more. Of course we write fiction…and if the story is a cozy, a Barney Fife might be just what the author desires.

For those writing detective stories, suspense, and/or thrillers that more realistic “cop personality” might give the main character traits that garner acclaim for him on the job. However, they can wreak havoc in a marriage and as a parent (cynical, suspicious). So our crime fiction hero/heroine might be doing well in the police department carving out a distinguished career while her/his private life is falling apart. This makes for interesting, multi-dimensional reading.