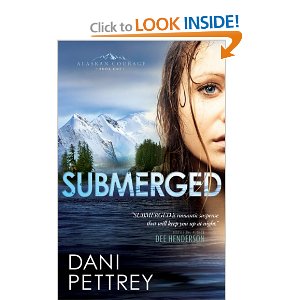 I’m so jazzed to have Dani Pettrey here to discuss her break out novel SUBMERGED. This novel is full of promise and is such an exciting story…a spell binding romantic suspense novel with action-adventure elements.

Bailey Craig vowed never to set foot in Yancey, Alaska, again. She has a past, and a reputation–and Yancey’s a town that doesn’t forget. She’s returned only to bury a loved one killed in the plane crash, but then dark evidence emerges and Bailey’s own expertise becomes invaluable for the case.

Cole McKenna can face dangerous rescue dives. He can face the fear a murderer may be threatening his town. But facing the reality of Bailey’s reappearance is a tougher challenge. She broke his heart… but doesn’t seem to be the same girl who left Yancey ten years ago. And he’s not the same guy she left behind.

Racing against the clock and a rising body count, Bailey and Cole must move beyond the hurts of their pasts to work together until the truth of what is hidden in the depths finally surfaces.

Nike: SUBMERGED is your debut novel and is part of a series. How did you get the idea for this novel and for the series?

Dani: I watched a movie about cave divers and it got me thinking what type of person would pursue such a dangerous job for a living. I find extreme athletes and people who pursue adventurous careers simply fascinating. I began researching extreme sports and adventure professions and the McKenna family was born.

Nike: What made you choose Alaska as a setting? Will the other novels in the series also be set in Alaska?

Dani: I wanted a setting that worked well for adventure and suspense. Alaska is a gorgeous state full of adventurous possibilities, and there is an inherent risk of danger if you aren’t prepared properly. All the novels in the Alaskan Courage series will take place in Alaska for at least a portion of the story.

Nike: Faith, Mercy and Forgiveness are major spiritual themes in the story. Can you tell us more about that?

Dani: When I came to Christ as an adult, I had a lot of past mistakes that I was very ashamed of much as Bailey did. God has been kind and gentle in helping work past that and to truly accept the new creation I am in Him. I hope Bailey’s journey helps show the truth that we find wholeness and fulfillment in Christ alone. Only He can take what is broken and make it whole again.

Nike: Our daughter attended a small Christian school and then I homeschooled her for three years. You are a homeschooling mom. What made you chose to homeschool and what would you say are the major benefits of homeschooling?

Dani: I knew from the start that I wanted to homeschool my girls. Giving them a strong spiritual founding as part of their daily education was a key motivator. We always wanted the girls to be able to learn at their own pace whether that meant spending more time on a particular math concept or moving at an accelerated pace in accordance with their strengths. We included a lot of field trips and hands-on learning, and have really enjoyed our homeschooling years. 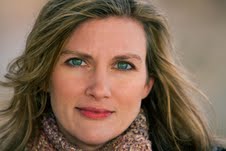 Author Bio: Dani Pettrey is a wife, homeschooling mom, and author. She feels blessed to write inspirational romantic suspense because it incorporates so many things she loves–the thrill of adventure, nail biting suspense, the deepening of her characters’ faith, and plenty of romance. She and her husband reside in Maryland with their two teenage daughters.