Wow, what a thrill!!! Today P.I. Barrington is interviewing here. She pens futuristic suspense guaranteed to keep readers turning pages. Now on to the questions…

Nike: Would you say that your Future Imperfect series is also the Payce Halligan/Gavin McAllister series? How does the relationship of these two Las Vegas detectives grow throughout the series?

PI: You know I’d love to delve deeper into their future relationship, I’d like to see how they continue to develop and deal with both their future and their pasts and how that would interface with their professional partnership—would they become closer and closer or would the stress of police work cause fractures in their relationship that need to be mended or would it fall apart? I like to think that they would weather future ups and downs personally and professionally. In Future Imperfect, they go from tentative attraction to dealing with their personal traumas and guilt to realizing they mean more to each other than they wanted to admit, even to themselves. I’d love to take that series farther maybe some time in the future.

Nike: Book #2 Miraculous Deception and book #3 Final Deceit involve creepy and scary religious cults in the story line. What was it like writing about cults? Did you have to do any type of research into the activity of cults to write these two books?

PI: I really didn’t do that much research on cults themselves mainly due to time constraints of getting the books out on deadlines but also because I just wanted this huge, ominous entity looming over the story. I wanted something that would provide people who could be easily manipulated into doing things for this shadowy leader, and then being driven mad due to their endless justification as to why they were doing bad things or perhaps not bad but underhanded, shady. In the end that madness would actually make them do something bad—murder. I kind of melded lots of religious and philosophical lingo because I wanted a group concept that would attract all types of people seeking meaning in their lives—again because El Jefe the head of The New Creation was selling a bill of goods in a way. So the cult never really had a creed or any tangible belief system, it was all just a mishmash of generic feel good patter.

Nike: You don’t shy away from things terrifying. In Crucifying Angel your killer is pretty maniacal, wouldn’t you say? Really malevolent?

PI: Ralphie K. Teon, (whose last name actually means “someone who harms others” I kid you not and that’s why I picked it) is a sociopath with no conscience that’s for sure, but he’s also a tortured soul from years of emotional and mental abuse by someone who should have been the ultimate nurturer, so he’s angry and twisted, and he sort of wants to justify his behavior by killing women who he feels are “evil” and “whores” because a number of things are going on in his head: he wants to gain, albeit too late, approval from his maternal figure, he wants to make his twisted actions okay in a sense, and mostly, he wants—needs—to vent all that pent-up, sick anger that’s so big and overwhelming it manifests itself in insanely violent and destructive behavior. El Jefe learns how to manipulate Ralphie’s sickness and homicidal tendencies. Ralphie is non-descript on the outside but a tornado of hate and anger and lunacy inside. He really is out of touch with reality in the extreme.

PI: I think I kind of always have, except when I’m writing fantasy which has its own time usually harkening back to medieval or early Renaissance eras on Earth or at least resembling them—alternate history and all that. I love techie stuff, genetics and DNA, that particular field but I also like weaponry—future militaristic weaponry—and I love future militaristic genre’. I think the best portrayal of that was the Alien series of films with Sigourney Weaver—I’d normally say Star Wars but that was really an action-adventure set in space—though I do love everything about SW. Aliens combined research, military, space travel and a massive villain and all in a believable, almost understated way. The technology was there, but it wasn’t the star of the show, it was taken for granted and utilized for what it was. In other words, the ship itself wasn’t a star, as in SW where the ships were just as important and glamorous as The Force. My only problem is that I wasn’t literally raised in a computer enabled world so I’m constantly trying to learn real life tech and keep up with or hopefully keep a step ahead of it.

Nike: What would you like your readers to get out of these novels?

PI: I’m all about entertainment and escapism for people. I like to engage them and shock them for entertainment value, I try not to make any big moral statements other than pointing out what’s right and wrong and I want to involve people in the stories to the point where they can empathize or sympathize with the characters. I want them to be both horrified and yet have a certain sense of pity for the villain, why he or she does what he/she does. And that goes for the baggage of the characters, main and non-main, too. I want my readers to be able to imagine how it would feel to be responsible for a loved one’s death, how big and torturous that guilt would be and how it would color their own life. But then, I do it all for entertainment. I want people to put down the book(s) and go, “Wow, I really went through something with that book!” People need that release from stress and that catharsis. At least I hope that’s what happens! I want to show people a good time for their money! 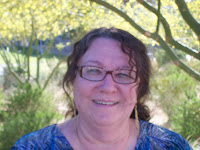 P.I. Barrington’s novels can be found at the Desert Breeze Publishing website. http://stores.desertbreezepublishing.com/StoreFront.bok